It doesn't have to be that way 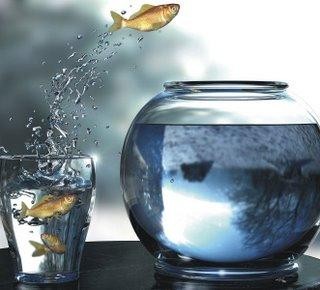 The noted author, John Killinger, tells a powerful story about a man who is all alone in a hotel room in Canada. The man is in a state of deep depression. He is so depressed that he can't even bring himself to go downstairs to the restaurant to eat.

He is a powerful man usually, the chairman of a large shipping company but at this moment, he is absolutely overwhelmed by the pressures and demands of life and he lies there on a lonely hotel bed far from home wallowing in self-pity.

All of his life, he has been a worrier, worrying about everything, anxious and fretful, always fussing and stewing over every detail. And now, at mid-life, his anxiety has got the best of him, even to the extent that it is difficult for him to sleep and to eat.
Stressed out, burnt out.  Been there?

He worries and broods and agonizes about everything, his business, his investments, his decisions, his family, his health, even, his dogs. Then, on this day in this Canadian hotel, he hits bottom. Filled with anxiety, completely immobilized, paralyzed by his emotional despair, unable to leave his room, lying on his bed, he moans out loud: "Life isn't worth living this way, I wish I were dead!"

And then, he wonders, what God would think if he heard him talking this way.
Speaking aloud again he says,
"God, it's a joke, isn't it? Life is nothing but a joke."

Suddenly, it occurs to the man that this is the first time he's talked to God since he was a little boy.
He is silent for a moment and then he begins to pray.
He describes it like this: "I just talked out loud about what a mess my life was in
and how tired I was and how much I wanted things to be different in my life.
And you know what happened next?
A voice!!
I heard a voice say, 'It doesn't have to be that way!'
That's all."

He went home and talked to his wife about what happened.
He talked to his brother who is a minister and asked him:
"Do you think it was God speaking to me?"
The brother said:
"Of course, because that is the message of God to you and every one of us.
That's the message of the Bible.
That's why Jesus Christ came into the world to save us, to deliver us, to free us,
to change us and to show us that 'It doesn't have to be that way.'

A few days later, the man called his brother and said,
"You were right. It has really happened. I've done it. I've had a rebirth.
I'm a new man. Christ has turned it around for me."

Well, the man is still prone to anxiety. He still has to work hard. But, now he has a source of strength. During the week, he often leaves his work-desk and goes to the church near his office. He sits there and prays.

He says: "It clears my head. It reminds me of who I am and whose I am. Each time as I sit there in the Sanctuary, I think back to that day in that hotel room in Canada and how depressed and lonely and lost I felt and I hear that voice saying: It doesn't have to be that way."


Further readings on being born again: