The Parable of the Two Lemons 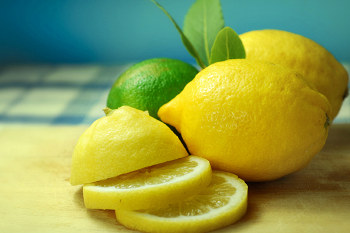 Roy Lessin wrote,
"Recently, while cleaning out an old file,
I came across an article written many years ago by my father.
His writing reflects upon his age and entering into his retirement years.
This posting features some excerpts from that article."

A cup of hot tea and two lemons brought me to tranquility of soul one rainy night
in January when I was home alone, pondering retirement form the business world
and at the same time mentally scanning the years fled by.

Retirement carried such a dread of uselessness.
Filled with self-pity, I moved toward the refrigerator in search of a lemon.
I found two—one I had recently purchased, the other, one I had long overlooked.

The newer lemon was soft, smooth of skin with minute pores.
Its color was as buttercups in full bloom.
How like the days when my skin was clear,
my muscles lithe and my hair abundant and yellow as corn silk!
I affectionately termed this one my “Memory” lemon.

The older lemon was the “Mirror”
which reflected the fruit of refrigerated dormancy—lime green at the base,
paper yellow with age, skin tougher and somewhat veined,
with scars from the competition for space in the cold storage;
hard knocks from butter cartons, hot sauce bottles and tomato juice cans.

True, old age and competitive struggles had taken their tol,
but were the remainder of my days to be spent “on ice”?
I am not an inanimate juice container; I am alive and I want to be useful!
I may be shriveling, but I won’t be scrapped!

I reached for the kitchen knife with a sort of determined antagonism to those two lemons.
I was going to probe their interiors until I was satisfied I had some answers
that were relevant to my state and attitude.

“Memory” bent easily to the blade.
My nostrils were promptly filled with a clean, crisp,
refreshing aroma as that of the yellow jasmine.
Drops of its pale liquid ran through my fingers.
It was busting with a mildly fragrant aroma, thoroughly lemon.
I squeezed a few drops into my tea-cup.
“Memory” served me well.

“Mirror” took the knife with resistance, uttering a crackling sound to the cut.
“Memory” had only 1 pit, “Mirror” had 5.
Though the crispness and the gush were absent,
“Mirror” still had ample fluid and a subdued, mellow fragrance.
Aging had subdued sharpness and bitterness.

But there were two attributes in “Mirror” which were lacking in “Memory”.

In the very center of the former was a pronounced,
white “heart” from which radiated the “spokes” which housed the meat segments.
“Memory” had the spokes and segments also but was lacking “heart”.

The other notable distinction was that “Mirror” had ten segments while “Memory” had but nine.

The tea-kettle whistled me to its handle.
I gently squeezed a few drops of the aged one’s liquid into my tea-cup,
added the tea and hot water, made myself comfortable in the “easy chair”
and slowly sipped the blend of the two offerings.

Youth I once had.
I was thankful for the memories of vigor and zest
and of the abundant provision for body and soul.

Old age I have—and “Mirror” confronted me with reality.
Though my skin is tougher, I am still usable.
My heart is enlarged to those who have needs:
from there the “spokes” of love can enclose the “meat” of other lives
to be spent for others in service.

The additional segment?
It is that which was missing in my youth—
the dimension of the spirit and the realization that
without God working in that realm I am only a “lemon”.

Wisdom is with aged men,
And with length of days, understanding.
Job 12:12 NKJV